Novi Sad School of Business is an accredited state school with more than 50 years of tradition in educating professionals in the field of economics and computer science. School has managed to establish itself as one of the leading state institutions in the field of applied business, economics and informatics. Thousands of enrolled students and graduates and the success they have achieved in their careers upon completion of the studies are a reliable indicator that the job we are doing has been well done. We believe we should provide top-notch education to those who trusted us, students above all, who have recognized us as a partner that can help them realize their full potential and achieve their professional goals. Furthermore, we owe it to our business environment which defines the purpose of our existence. That is the responsibility we are aware of and which we readily and gladly accept. Seeking to develop further, we are firmly resolved and dedicated to the goal of aligning the education we provide with the real needs of the economy. Furthermore, we believe that the development of our institution should be founded on essential principles of applied and professional studies and based on best practices of similar educational institution in the world. We possess adequate material and human resources which will help us achieve that goal. In order to adequately develop the school and contribute to the economy and society by creating quality applied business studies we systemically improve and implement our long-term development strategy, the strategy which takes into account the needs of all those who are the reason for the existence of our institution. In this venture we perceive the representatives from companies as partners who will contribute to the development of relevant and contemporary study programmes via suggestions, instructions and various activities. Furthermore, in long term strategy emphasise is placed on the intensive international cooperation for the exchange of knowledge and expertise, as well as on the modern trends in education which are aligned with the needs of business environment. The outcome of such study programmes is the easily employable graduates with practical knowledge, skills and competencies which will meet the needs of the businesses and relevant professions. We ensure that our graduates became flexible, analytical, fast-learning professionals who are able to cope with the challenges of the rapidly changing professional environment. Besides, our students are able to keep up-to-date with the constant technological, economic and social changes and see them not as obstacles but as opportunities for creating an added value. Only with that in mind will we be able to educate professionals who will be able to deal with challenges that exist in local or international business environment.

Gender Knowledge Hub (GKH) has been established in 2016 with the aim to contribute to production and dissemination of knowledge, specifically related to gender relation, gender policies, engendered reality in social, economic, political areas and to support further contribution of expertise in the field of gender equality. One of the principles and the light motive of foundation of the organization, was the intention to close the gap between practitioners and scholars but also knowledge production and decision making. This is why we work on public advocacy for gender responsive policies, gender budgeting, capacity building programmes for decision makers and civil servants at the local and national level. Therefore the mission of the organization is development, promotion and strengthening the expertise in gender equality and gender mainstreaming with the ultimate goal of influence of public policies that will contribute to gender equality and improvement of women’s position.

The core of GKH work is gender mainstreaming and gender responsive budgeting and the expertise in this field is the strongest side of the organization. The GKH team are consultants o with over 15 years of experience, with proven track records in conducting gender analysis, researches and surveys, training and other capacity building programmes development and delivery, providing direct mentoring support to governments in organization on introduction of GRB and gender mainstreaming.

The Femme Fiscale, which is the group cooperating in this Partnership proposal is an activist network and part of the non-profit civil society organisation „Plattform 20000frauen” (see www.20000frauen.at). The „Plattform 20000frauen” has been established in 2010, at the occasion of preparations for feminist activities of the 100 year anniversary of the International Women’s Day. It brings together a broad alliance of women, women’s organisations and networks (among others from autonomous women’s groups, charitable, church, development and party-affiliated organisations, from public and social partnership institutions, as well as from the media and cultural sector). Its main objective ist to give a public voice to the diversity of feminist approaches, demands and proposals which are still not implemented.

The „Plattform 20000frauen” is aiming for promoting gender equality of women and girls at all societal levels and contributing to a reduction of direct and indirect discrimination on the basis of gender, ethnicity, religion or belief, sexual orientation, age or disability.

In order to promote these goals, the activists of the „Plattform 20000frauen” use different strategies and forms of action, which are being used depending on the necessities and available resources. Activities of the „Plattform” are focused on national and international Days of importance to the feminist movement or center around important topics, such as labour and social policies, migration and asylum policies, as well as economic policies.

Against this background the “Plattform” is also a networking platform, used for information sharing among activists and different cooperation partners, which include larger network organisations such as the Austrian “Frauenring”, the representative women’s network which is also active at the European level as a member of the European Women’s Lobby and the network of Austrian women’s and girls’ councelling centers (Netzwerk osterreichischer Frauen- und Madchenberatungsstellen).

The „Plattform 20000frauen” thus reaches a large number of women, feminist organisations in its ongoing work. However, the formal association is small, and includes 4 members which work on a voluntary basis. The Femme Fiscale is one of the networks organized in the context of the “Plattform” and includes feminist experts and organisations working on feminist perspectives on budgetary and economic policies, focusing on advocacy, educational activities such as workshops and university courses on Gender Budgeting.

Established in 2004 under Macedonian law as a “civic association” The Center for Research and Policy Making – CRPM deals with policy analysis, trying to open the process of policy making to citizens, to improve laws, to assess institutional capacity for their implementation, as well as monitoring and assessing whether these policies create public value or are aimed at “Europeanization” of Macedonia.

The Center for Research and Policy Making is a research think-tank organization whose mission is to promote good governance and development in Macedonia based on relevant evidence-based policy research, capacity building and training, assessments, analysis and research, regardless and independently from the special interests of any group of society, whether political, social or economic.

In our long-term work, we also provide training, evaluate donor programs in Macedonia and the region, and conduct public opinion polls. CRPM regularly organizes forums, roundtables and debates that provide policy makers with accurate and timely policy recommendations, which are the product of comprehensive research, well-argued and focused on Government policy activities and anchored in CRPM research interests.

In the research activities and analysis of the CRPM team, the gender perspective is fully integrated and they are accompanied by advocacy efforts that are fully in line with the organization’s communication and advocacy strategy. Numerous of our policy proposals have been accepted by the Government, and according to many indicators, such as the impact of politics or media appearances and comments, today CRPM is the leading Macedonian think tank.

Center for Research and Policy Making has received international awards from GDN Outstanding Research on Development in 2016, PASOS Think Tank Award in 2010 and Think Tank Publication Award in 2013, and is best ranked on the Global Think Tank Index 2013-2020 by University of Pennsylvania. 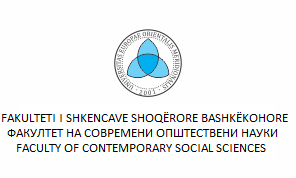 The Faculty of Contemporary Social Sciences was established in 2001 as a unique and first department in this academic discipline in the Republic of Macedonia and in the region. The mission of the Faculty is to prepare future leaders mainly for government institutions as well as for non-governmental organizations. Our programmes link theory with practice as one of the most important conditions of acquiring skills, knowledge, and abilities necessary for a successful carrier in public administration. During three years of studies, students of the Faculty of Contemporary Social Sciences will gain knowledge in public management, law, economics, quantitative methods, research skills, effective communication, and gain values in managing within a diverse public environment. Graduates will be able to contribute to the creation, implementation, and evaluation of public policies for the good of society. 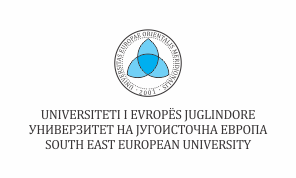 Internationally recognized, South East European University provides a set of unique study and research opportunities, shaped by a dynamic faculty. With more than 80 study programmes , we offer modern teaching methods, backed by certified quality management and advanced IT services. These opportunities are further enhanced by an active collaboration with the community and an integrated, ecologically sustainable campus.